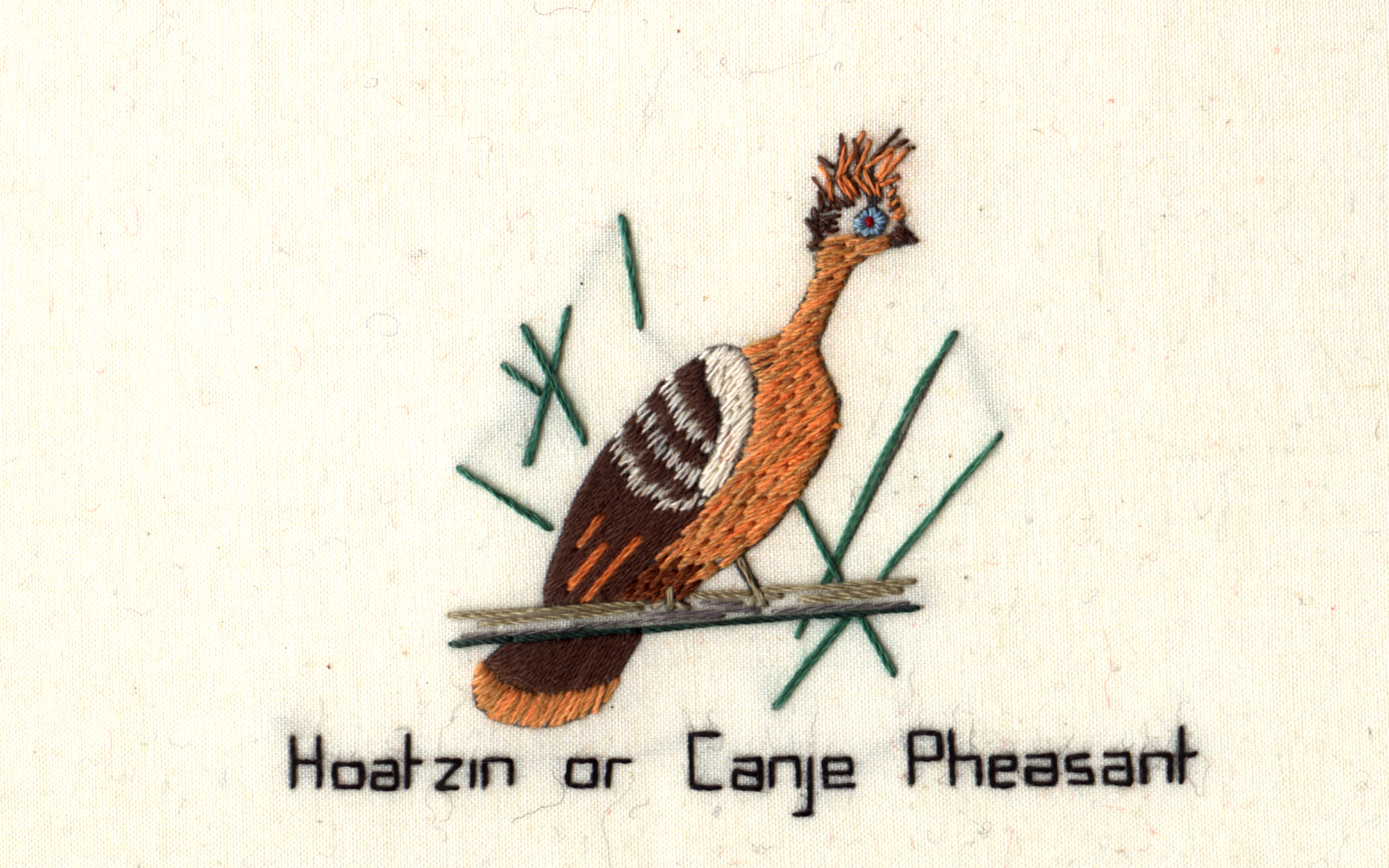 The Hoatzin is the national bird of Guyana, where it is known as the Canje pheasant after the Canje Creek, where it is especially common.  I remember seeing them there in some abundance clambering about in the mangrove trees that line the creek.  They are one of the few birds that can eat the tough mangrove leaves as they have a specially dveloped gut that allows them to ferment the leaves in a similar way to ruminants. Another consequence of this unusual digestive system is that they are a bit stinky (they are sometimes called the stinkbird).  This is why they are still quite common in the rather populous creek; as people don’t want to eat them and don’t hunt them as a result.  Another consequence of this unusual gut is that they are quite heavy for their size. As a result they are poor and reluctant fliers.  They move around the bushes by climbing rather than flying. This may be why they have the very unusual feature of a claw at the bend of the wing in young birds.  This has led to comparisons with the ancient ancestor of birds Archaeopteryx; though it is more likley convergent evolution than genuine relationship. Though the real relationship of the species has been unclear and much debated.  Recent genetic research suggest sit is a truly ancient bird without close relatives.

It’s a rather untidy bird, but attractive with the prominent blue skin around the eye and there rich rufous plummage and bold streaking.  In the wild they can be quite tame and this adds to their appeal.

This pattern is available as a kit. It is one of our series of small bird patterns suitable for basic stichers.